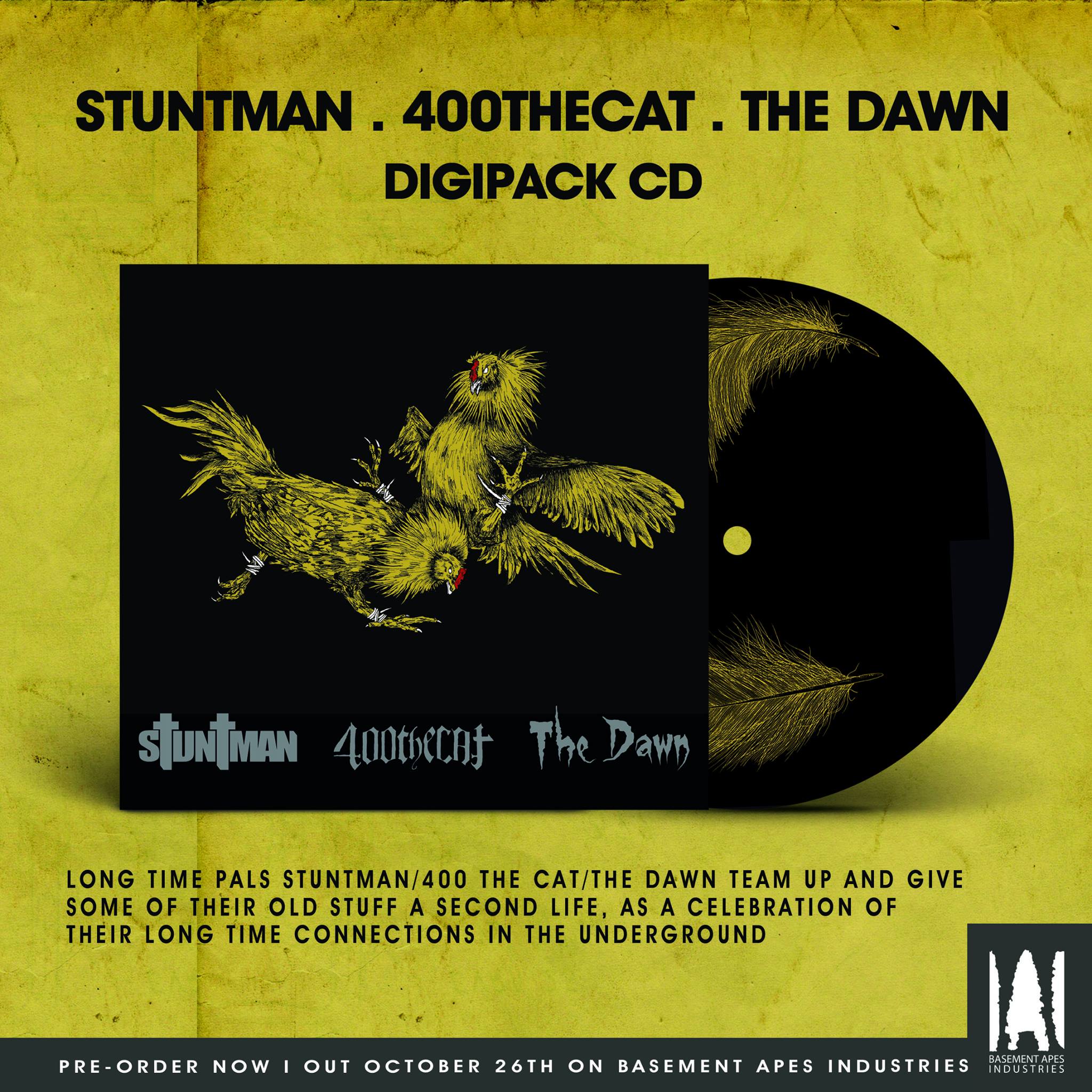 Long-time time pals Stuntman/400 The Cat/The Dawn are pleased to team up for this release and give some of their old stuff a second life, as a celebration of their long time connections in the local underground. The basic idea around this project was to dig out previously released material and bring it back on the tracks with pimped up to date versions. Personnel may have come and gone, line ups may have changed to unexpected names and numbers, but still the music lives, and still we share this passion. Enjoy songs taken from Stuntman’s The Target Parade, and The Dawn’s Loud Tunes And Furry Tales in their 2017 skin, and from 400 The Cat's 1st recording originally released on cd-r. All songs written and performed by Stuntman, 400 The Cat, The Dawn.