PLEVRE met in 2013 with the will to play rough sounds and screaming feedbacks. Always louder, darker and faster. They did not care about what kind of music they were playing, and they still don’t. From crust punk to black metal, through post-hardcore and noise, they wrote their first EP, recorded at La Senelle Studio with Amaury Sauvé during august 2014. Basement apes (Fr), Decibels For Us (Fr), Dingleberry Rec (De), Grains Of Sand (Ru) will release the 12” version of this EP and Vox Porject (Fr) will release the tape version, both early 2015. They love blast. They play fast. They play loud. Rough sounds and screaming feedbacks. Illegitimate sons of hardcore and noise from Lyon, FR. 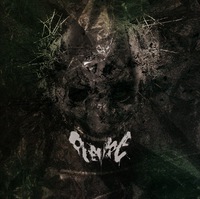