We'll have transparent red with a lil bit black
and regular black versions. Both in heavy cover and innersleve, printed on the reverse side of the board.
Digipack comes as a 6-page Digi Sleeve, matt lamination + 16-page Booklet with lyrics and liner notes.

Listen to the band track premiere 'Seven past forever': https://cortez.bandcamp.com/ 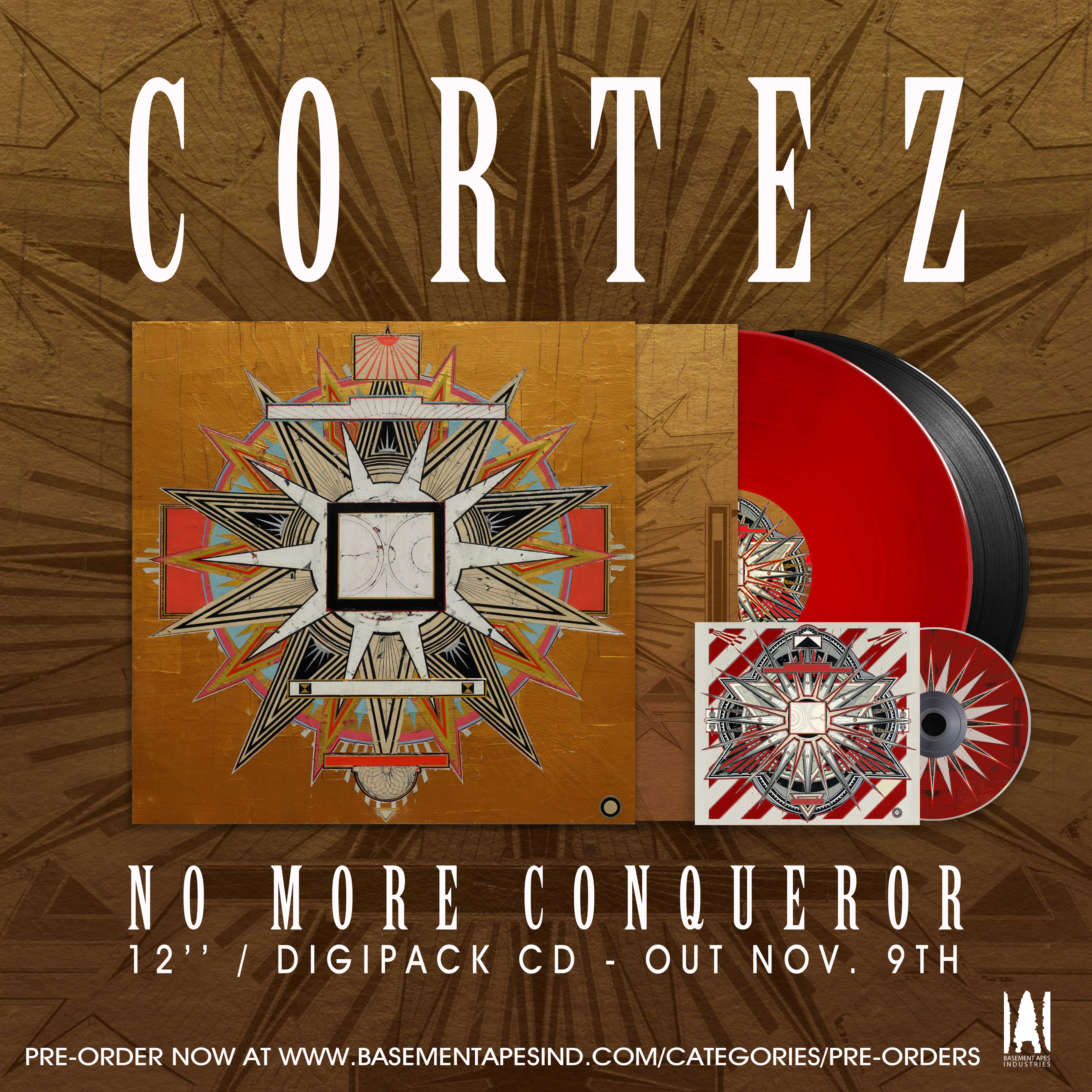 As for this release:
CORTEZ present a masterful display of roiling metallic hardcore on their crushing new album 'No More Conqueror'.
This thing is a colossal sounding clash of sounds, with a massive production courtesy of Raphael Bovey (Zatokrev, Impure Wilhelmina, Convulsif).

The Swiss four piece conjure sounds here with clear influence from bands like Botch and Converge with a heavy focus on composition and a clear understanding of how to produce a RIFF. Guitars churn out howling, odd time chord sequences underpinned by clashing, jangling high strings and tight, punchy drums. The vocals come shouted from a distance, delivered with force but without becoming an indecipherable growl or screech, they have more the sound of the impassioned orator and work with the music, rather than sitting over it and overpowering the instrumentation.

In places all of these elements come together to produce an almost mechanical sound of intensely precise rhythmic punishment before breaking out into looser riffs or a melodic lead guitar section. Often songs will follow a particular riff or chord sequence as a theme and build on that through variations on the theme in a way almost similar to post-metal bands like Russian Circles, but in a much more song focused and less atmosphere obsessed manner.

Special mention should be made of the album art, created by Henrij Preiss the art follows the ethos of forward thinking traditionalism presented in the CORTEZ' sound. The sum of the parts of this release is an excellently produced, exceedingly consistent hardcore release with plenty of innovation to show within a already well established sound. An intensely professional release.