It has been a long way since 1997 when Morgue emerged from the French underground scene as a gore trio around Max Lobier (guitar & vocals) & Jean-Michel Marlier (drums), shortly joined by Fred Bouchet (guitar), influenced by Disgorge, Infamy, Embalmer, Incantation and a shitload of death metal bands with weird monikers. Cyril Blandino was found and debauched during april 2000 and the first releases were launched at that time; a five-song CDep named 'Bonecrunch', as well as a split 7"ep with Last days of humanity. A bunch shows occurred here and there in France, proving that Morgue was a serious live band.

Spring 2001, the first album 'Artgore' was released (Ablated Records - USA). Rightaway the band went on tour in the USA with Brodequin (USA) & Vomit Remnants (Japan), playing shows in NYC, New Jersey, Pennsylvania, Ohio, Illinois, Missouri, Oklahoma, Texas and putting up a memorable live show at the Ohio Deathfest (Cleveland) amongst crazy bands such as Gorgasm, Deeds of flesh, Disgorge (USA) and Exhumed just to name a few... A split 7"ep with WTN from Singapour was released around that time. Morgue continued to support its first album Artgore through several shows on the US soil, including killer gigs with Cephalic Carnage, Infernal Dominion, Lividity and Commit Suicide. In 2003, one could easily say they pass through the time of metal genres re-inventing themselves everyday until puking some of the vilest and violent albums of that year, namely 'The process to define the shape of self loathing'. The cd had very good reviews worldwide, even from guys that were not into the extreme style developed by Morgue on that release; a blend of grindcore and violence, a pure sonic experimentation in 9 burts of excess. Mathieu Valignat was welcomed as the new bassplayer right after this recording and Morgue went on tour with the Swedish band Driller Killer in Holland, Belgium & France during the fall 2002.

For what was the domain of Morgue back in the early day felt today to remix savagely into a wisely attack of controlled grindcore. Their days of Gore is over now, for quite a while and fuck no-one can ask them to get back on it after a such demonstration of intensity. 3.000-sold 'Artgore' cds in 2001 and 1.500 'Bonecrunch' in 2000 had put terror on the ears of thousands of people around the world. From then on Morgue showed off what they really craved for when they begun in the late 90's. Determination, honesty to themselves and a swarm war against dependance. In the year 2003, Morgue played a bunch of gigs all around France and went out to record the 'Barbed wire cranium' 4- song Ep, until Max called its quit to pursue other goals. Morgue then recruited Gwen Moreuille and Abel Gibert (ex-Spinning Heads / Morse / Head Records) to perform some vocals and take the vacant place left by Max. Morgue pathed further their way to the pandemonium of extreme yet sophisticated music. 'Barbed wire cranium' foretasted a devastating and straight-to-the-point music which blends grindcore and power-violence. After a few shows and festivals in 2005 Morgue eventually went on stand-by in 2005.

Until february 2012, when Max & Jean-Michel decided to play again along with bass-player Jérôme Blandino (400 The Cat) whose elder brother was part of the band more than ten years ago. Morgue performed its first reunion show in august 2012 @ Paris (Batofar) opening for cult death-metal veterans Gorguts. A few more shows with bands and friends such as Mercyless, Psychofagist, Exhumed or Monarch followed throughout the end of 2013, each one of them turning out crazy. Right now, Morgue is writing new material for a new album.

Cult metal maniacs MORGUE has returned to the scene in 2012 and here is the testimony. 'Doors of no return' clearly bursts out this ferociously angry and awesome fierce grindcore. Stirring up a pissed off mix of evilish tunes and dissonant tones, this is all about modern grindcore though. France's MORGUE pound out a furious nine song grand fucking slam of a record. 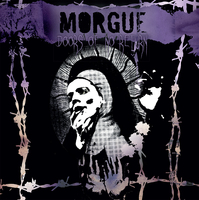 APES052 | MORGUE Doors of no return 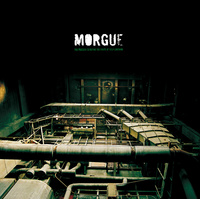 APES043 | MORGUE The process to define the shape of self-loathing 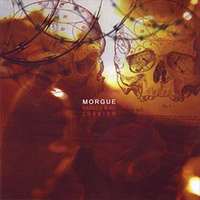